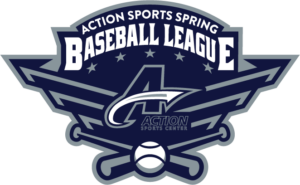 Each age bracket is structured to ensure the game minimums are met as well as providing a challenging and competitive event. In certain age groups, modifications to that format may take place to help determine a winner. Depending on age group size, straight pool play may be used to determine the winner or elimination play, whichever makes the most sense for the event. Please check your respective age group schedule and brackets to see how your specific event is structured. Those items would have been sent in a separate document but are also available on our website at https://www.usactionsports.com/spring-baseball-league/#tab-id-2

The exact format of the league, e.g., number of pools, number of teams in each pool, etc., will be set by the League Director and can be modified at any time in order to facilitate league play.

It is important for each league to set workload limits for their pitchers to limit the likelihood of pitching with fatigue. Research has shown that pitch counts are the most accurate and effective means of doing so. See required rest recommendations below.

Roster batting is optional.  You may bat 9, use an EH and/or a DH.  Free defensive substitutions if you bat roster. You must declare what you are doing during umpire instructions.

A team may start a game with 8 players but must take an out in the event the 9th player does not show in time for his scheduled at bat. Every time that player’s spot comes up in the order and it is vacant, an out must be taken. If a 9th player does arrive, the team may insert that player into the lineup. That lineup spot must be last in the batting order.

The league director retains the ultimate decision on refunds of tournament entry fees.  The refund policy for ACTS of GOD is outlined below:

If a team does not finish the league and elects to drop out before playing and after brackets are drawn, is not eligible for a refund.

All teams must turn in a completed and signed roster before league play begins.

All participants are competing at their own risk.  By participating you agree to hold the league director, league officials, league sponsors, and City of Dayton and any sanctioning organization associated with this league harmless from any liability resulting from participation in the league.  Team insurance is mandatory and proof of insurance must be submitted before season begins.

The schedules will be posted at https://www.usactionsports.com/spring-baseball-league/#tab-id-2 under your particular age division.  Action Sports Center reserves the right to change schedules at any time to help facilitate league play.